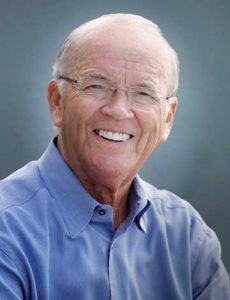 Edward B. (Ted) Kibble of Seattle, passed away in the early morning hours of Tuesday, April 30, 2019 at his home in Palm Desert, California surrounded by his family. He was 78. Preceded in death by his wife of 50 years, Carol J. Kibble, and his brother, Joe Kibble, Ted is survived by his wife, Judy Johnson and his children Cara (Pat) Moon; Beth (Larry) Feist; and Katie (Ryan) Gamaunt; grandchildren Alicia; Kaylie; Madi; Mariah; Luc and his great-grandson, Atticus; as well as Steve (Deanna) Kepl; Tim (Lynn) Kepl; Bob Kepl and grandchildren Elizabeth, Kylie, Rachel, Lucas and Nicole. Ted is also survived by his brother Jim and sister-in-law Carol Kibble of Seattle.

Ted was born to Doris and Bruce Kibble in Seattle on May 11, 1940 and graduated from Roosevelt High School in 1958. His fond childhood memories of visiting his grandparents in Bellingham led him to attend Western Washington College his freshman year. He graduated from the University of Washington in 1962 and immediately began his career as a life insurance agent at Equitable of Iowa. Along with Arnie Prentice, Ted cofounded Kibble & Prentice in 1972. Now a subsidiary of USI holdings, KPI began as a small firm offering life insurance and estate and business succession planning, as well as private client services.

Ted was generous with his time and expertise serving on numerous boards in the Greater Seattle Area including Chairman at Pacific Crest Savings Bank, SPU Board of Trustees, the SPU Foundation Board and the NW Kidney Foundation. He considered many of his clients, colleagues and their families among his most cherished friends. He lived life to the full and enjoyed skiing, sailing and traveling the world with dear friends and family and will surely be missed.