So much of who we are as an organization today was instilled by the vision and leadership of our founders. Though Pacific Crest has transformed in many ways over our nearly 35-year history, the values that have guided us remain at the core of how we do business today.

John Fairchild and Harry Sankey founded Pacific Crest with our current president and CEO, Sheryl Nilson. John and Harry’s legacies serve as constant reminders to us to lead with relationship, take smart risks, and care for our community. 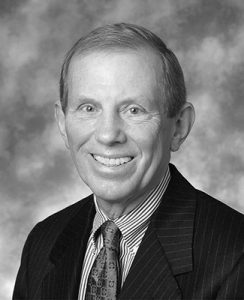 John Fairchild founded our organization in 1984 after leading several other successful mortgage businesses and a career in finance. Then known as Phoenix Mortgage and Escrow, John led our company to quickly become one of the area’s top mortgage lenders, and oversaw transformations in the business including our transition to eventually become Pacific Crest Savings Bank, where he served as CEO until 2007. He continued to serve as board chairman until his full retirement in 2013.

To know John was to be embraced by his kindness, and he cared deeply and genuinely for his colleagues and his clients. Despite his gentle spirit, John wasn’t afraid to take risks. Under his leadership, Phoenix Mortgage grew to encompass seven branches with 220 employees, and he served as the architect for several business deals including the company’s sale and buy-back from Met Savings, its conversion to a bank, and rebranding as Pacific Crest Savings Bank.

John gave freely of his time and over the years held several board of director positions for organizations including the Ryther Child Center, Metropolitan Bancorp, and Interlinq Software. There were many charitable causes that were dear to him, including The Nature Conservancy.

John’s personal passion was for his stable of carefully selected Arabian horses that he raised on his beautiful farm in Marysville. He and his wife, Kerry, loved to welcome visitors to the farm when they weren’t traveling and competing around the country with their prize-winning horses – and John was particularly proud of realizing a goal to win a coveted championship, with himself in the saddle. 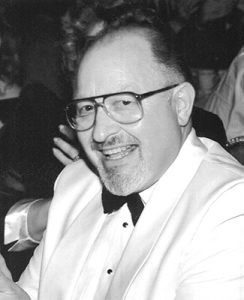 Harry Sankey played an integral role in forming the earliest version of Pacific Crest, back when it was known as Phoenix Mortgage and Escrow. Before the company was founded in 1984, Harry had already built a successful mortgage company, where his entrepreneurial drive helped him develop a true grit and determination for prevailing amid uncertain times.

Those qualities proved to be valuable assets to Phoenix Mortgage, and eventually, Pacific Crest Savings Bank. His years of industry experience served the company well during its first years of growth – and beyond – especially as they grew and pivoted the brand and service offerings in response to the evolving market.

Harry’s approach complemented his co-founders’ strengths well. He’s remembered fondly by many as a captivating storyteller, which made him a natural salesman and his charismatic demeanor instilled Pacific Crest’s dedication to superior customer service.

Though he considered the Northwest home, Harry was originally from Jordan, MT, and was proud to share his heritage with fellow Montanans. He shared a similar pride among his fellow servicemen, having risen to be a captain in the Naval Reserves.

Harry had a big personality and an even bigger heart, which has left a lasting impact on us and will forever be part of our legacy.